There's a new weekly update produced by Bridget Brown, the La Crosse Walk and Roll Report, to provide information for walking, biking, and rolling community advocates. If you would like to get on the list and have the update emailed, please email bridgetcatbrown-at-gmail.com. There's a lot of good information on opportunities to connect with other advocates and learn more about the issues.
UWL is seeking participants for a fitness walking test which includes three 45 minute sessions on campus. A UWL graduate student is looking for volunteers between the ages of 18 and 65 to participate in the Rockport Fitness Walking Test. Volunteers who successfully complete the program will receive $40. For more details, please contact Duressa Kumbi, Kumbi1244@UWLaX.edu (608-785-8683).
Forward La Crosse is still seeing input on its update to our city's comprehensive plan. This is the perfect opportunity to ensure that better active transportation, including public transit, is prioritized in the coming years. Please visit the website at ForwardLaCrosse.org to participate.
There's still time to register (free) for Transportation 4 America's Transportation Camp, a day-long event that includes speakers and break-out sessions about public transportation issues and ideas.  Visit t4america.org/transportation-camp for details.
The City of Madison is beginning a study to determine the site of an Amtrak station there in anticipation of a planned spur line from the Amtrak Empire Builder line. If you travel to Madison and would go by train if it were possible, you may want to weigh in, too. Visit this site for more details on the project. Currently, there are six sites on the list. 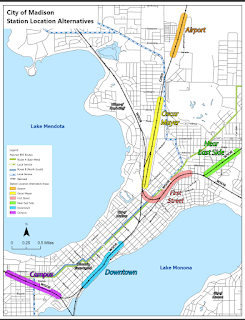 Have you tried the new GenFare system yet? Have you taken an Amtrak or Greyhound trip recently? Have you read a great transportation-related book? Please let us know if you would like to post at our blog about your personal experiences, book reviews, great public transit ideas or related.
Posted by cathy at 8:29 PM No comments:

Call the Governor. No I-94 Expansion! 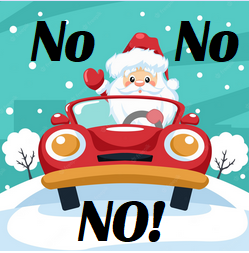 TELL GOVERNOR EVERS TO STOP THE I-94 EXPANSION IN MILWAUKEE!

For more than a decade, environmental, social justice, and transportation equity groups have been fighting an expansion to I-94 in Milwaukee first proposed during the Walker administration. After years of citizen action, including a law suit, Scott Walker pulled the plug.

Inexplicably, Governor Evers resurrected the project in 2020 and the fight is on again. Read the history of the I-94 expansion here.https://www.sierraclub.org/wisconsin/blog/2020/07/stop-zombiehighway

Pushing back on the Wisconsin Department of Transportation (WisDOT) plans to expand the highway, a coalition of groups produced a "Fix at Six" alternative, prioritizing fixing the existing roadway, retaining the six lanes, and offering other ways to improve transportation in the area, including support for public transit.

Late last month, WisDOT announced that it still plans to expand the higway to eight lanes and increase the footprint of the project. This is not an acceptable answer.

Expanding highways does NOT alleviate congestion. In fact, in many cases, congestion increases as more people try to drive on the roadway.

The I-94 has already caused harm to communities of color by cutting through neighborhoods and business areas, increasing noise and air pollution, and making local transportation more difficult.

With a price tag of more than $1 billion, this project is too expensive, will not solve identified problems, and will make things worse for the people who live in the community.

This is a concern for everyone in our state. A climate governor would not be proposing even more highway expansions. That money could be better spent on improving public transportation, especially regional and rural transportation, that will seriously address the climate crisis.

Be aware that WisDOT is not being clear about its latest plan, which incorporates a few of the Fix at Six ideas but is NOT Fix at Six.

CALL GOVERNOR EVERS TODAY AND TELL HIM NO!

The Wisconsin Sierra Club, as part of the Coalition for More Responsible Transportation, has created a call script. We are asking everyone - especially climate and transit activists - to call the Governor's office on Wednesday and strongly urge him to stop the expansion of the highway and back the Fix at Six proposal that was produced by the people of the state.

When you are finished calling, please report your call the Sierra Club using the link below.

Call Governor Evers' office about the I-94 expansion project in Milwaukee that his administration is pushing forward.

Hello, this is [NAME]. I am a Wisconsin resident in [CITY]. I'm calling because I was disappointed to see the Governor's Department of Transportation continue with the I-94 expansion in Milwaukee.
I'm concerned about this project because [PICK ONE OR MORE POINTS BELOW]:
I hope that Governor Evers will right this error by pushing for WISDOT to study a new alternative that actually addresses the concerns of the community and that repairs the highway in its current footprint, with 6 lanes and an interchange that is not overbuilt, and minimizes air and water pollution and negative impacts to community resources like Valley Park. Additionally, I hope that Governor Evers will prioritize transit, walking and biking funding moving forward.

After you've made your call, please fill out the form! And consider writing comments to submit to WisDOT by January 1.
Here's more information from the 2020 Wisconsin Sierra Club blog about the project:

The I-94 expansion project was and still is a bad idea for so many reasons: